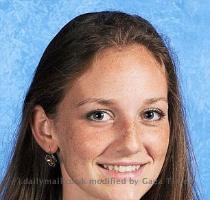 After her arrest, Julia Powers Schenecker had admitted to the police of her act saying that she killed her own kids because they were too mouthy! The 50 year old mother at present is undergoing a treatment at the Tampa General Hospital for a medical condition that has not been revealed. Friends of the two deceased children however, came up with different responses while they re-called their friends at the candlelight vigil that was held outside their home on Friday night. Cristina Yelvingto, a friend of Calyx Powers Schenecker said that the 16 year old girl was the most perfect person whom she had ever met describing the girl beautiful from both inside and outside.

Yvonnne Moose who had come to the memorial service with her daughter said that it broke her heart to think of the gory incident where a mother killed her own children. With the unfortunate deaths of Calyx Powers Schenecker and Beau Powers Schenecker residents of the Hillsborough County have been taken aback. Many claimed that they themselves were in a crisis situation when it came to explaining their children about the traumatic situation. Clinical psychologist Tsila Kirsch, herself a resident of the neighborhood has started offering free counseling sessions to families who are trying to overcome the incident.

Missouri researcher's genus discovery is 'once in a lifetime experience'

WASHINGTON - A new genus named Hondurodendron, which means "tree of Honduras", has been discovere...
Copyright© 2011 The Gaea Times