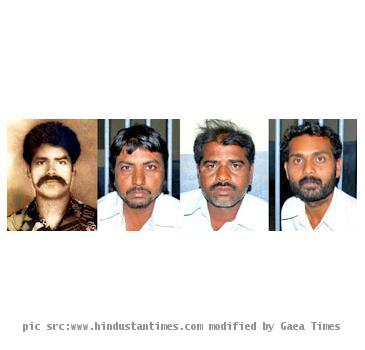 NASHIK, INDIA (GaeaTimes.com)- According to the latest investigation of the police, it has been discovered that the main culprits behind the brutal murder of additional district collector of Malegoan, Yeshwant Sonawane was none other than the mafias involved in the black marketing of kerosene in the Nashik district of Maharashtra. All the accused have been arrested.

Generally, most of the government officials prefer to stay in the good books of these oil mafias, as they are too powerful to be combated. However, Yeshwant Sonawane valiantly refused to comply to their atrocities, as black marketing of kerosene, resulted to exploitation of the pauperized, for whom, kerosene accounts for one of the cheapest means of livelihood. The mafias took their revenge by burning him alive near Panewadi area, near Manmad, Nashik. Initially, the leaders of the opposition were under the impression that the main culprit was none other than guardian minister of Nasik District Chhagan Bhujbal. The latter refuted the allegation and said that it was he who complained to the police about the activities of the oil mafias in the region. However the latest investigation has surfaced the truth. Reportedly, the authorities have carried out a raid in more than 200 places all over the state to arrest nearly 180 people who are involved in the black marketing racket. Four people have been arrested for the murder case, and one of them is Popat Shinde, who has himself underwent 60-65 percent burn injuries, while committing the crime. He is in the hospital under severe condition right now.

Maharashtra Chief Minister Prithviraj Chavan, has assured a compensation of Rs. 25 lakh to the family members of Yeshwant Sonawane, who lost his life at the age of 44. However, his death has unveiled the truth behind the atrocities of these oil mafias, who reportedly exploit the poor by selling kerosene at double the actual market rate.

MUMBAI - Three people were arrested here Tuesday for the killing of lawyer Shahid Azmi, who was de...

MUMBAI - From growing up in hilly forests to starring in the acclaimed film "Tingya" to topping at o...

Actor Yeshwant is exhilarated with his award for the Best Supporting Actor, which he won for his rol...

BANGALORE - How about some rib-tickling theatre and delectable dishes thereafter? Come August and th...