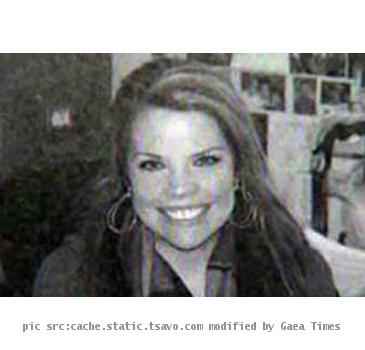 LOS ANGELES (GaeaTimes.com)- Amy Beck’s husband, a Los Angeles police officer, is facing legal charges by the family of a middle school student who was involved in a sexual affair with Amy Beck, his teacher at the time. The lawsuit was filed in Los Angeles Superior Court, on Tuesday. The lawsuit accuses Nathaniel Beck, of threatening to kill the then 14-year-old boy with the gun issued by his department. He has supposedly done this on discovering the boy in his home with his wife. His wife later disclosed their relationship to her husband.

The lawsuit filed against Amy Beck’s wife stated that officer Beck screamed at the victim on finding him inside his house and threatened to kill him with his police gun. The LAPD has also been named in the file on charges that the department has not been able to train, supervise or discipline its officers. Amy Beck was then a sixth-grade teacher at Jordan Middle School in California. She admitted to be having a seven-month relationship with the student, according as reported by an online news source. The liaison is supposed to have taken place between March and September 2009, which involved multiple sex acts at Amy Beck’s home in Burbank as well as on the campus of Jordan Middle School, as far as the lawsuit suggests. This act was preceded by a grooming session which spanned for over two years wherein Amy Beck hired the student to babysit her children. There were also times when she took him to Universal Studios according to the complaint lodged.

Amy Beck was sentenced to two years in prison on charges of unlawful sex and lewd acts on a minor, but she is expected to be released in March on grounds of good behavior. While both she and her husband are facing severe legal trouble, Her husband told the reporters that they have no plans to get divorced, and he is standing by her all through her trial session.

LONDON - Amy Winehouse has announced her plan to return to the stage after a two-year touring hiatus...

WASHINGTON - While Pakistan's border areas alongside neighbouring Afghanistan are the "epicentre of ...

Winehouse to stage concerts in Brazil

LONDON - Singer Amy Winehouse will be staging four comeback concerts in Brazil next year. The "...

WASHINGTON - A new study has pointed out that handwriting problems among autistic kids are likel...

The Englishman who has always put belief back into Mike Hussey

SYDNEY - If there is anyone that Western Australian batsman and Australia's Mr. Cricket Mike Hussey ...