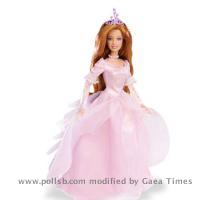 SAN FRANCISCO (GaeaTimes.com)- Sandra McDermott had no clue about the shock that she received over the Internet while she was trying to upload videos for a Barbie Video Girl movie contest that her daughter had undertaken. The mother of the 10 year was busy finding suitable links for her 10 year old daughter who was in high spirits after having gone for the movie contest which had her favorite Barbie doll as the subject. As soon as Sandra McDermott clicked on one particular link to her horror she straight away landed in an adult pornographic site.

Without wasting further time Sandra McDermott straight away reported the matter to the authorities. According to reports the incident took place on Tuesday around 3 in the afternoon. Sandra McDermott told the media that as soon as she encountered the vulgar site she wasted no time in sending her daughter out of the room before the 10 year old kid was able to see what her mother had discovered. This incident no doubt has come across as a threat for many guardians who are worried about their kids encountering similar instances. Sandra McDermott said that a link had appeared on the Barbie.com page which she obviously mistook as some kind of information on the doll.

The incident gathered immediate attention and after it was screened on a television channel, Mattel, the makers of Barbie have apologized for this incident. Mattel said that it was a third party vendor who were doing the promotion for them had actually made the page. As soon as the news hit Mattel, they immediately took off the page from the Internet. They have assured that investigations are going on and that they will be careful from now onwards so that things like this never erupt again.

New Barbie with hidden camera branded a "gift to paedophiles"

LONDON - Child protection experts have branded a new Barbie doll that features a hidden camera a...

LONDON - Singer Lady Gaga displayed her crazy streak when she ripped the head off a Barbie doll duri...

LONDON - Christmas is set to go digital this year, with kids ditching traditional train sets and do...

Melbourne, 0ct 21 (ANI): A Barbie with jewels designed by Australia's Stefano Caturi, believed to b...

World's most expensive Barbie up for grabs at $500K

LONDON - A custom-designed Barbie, wearing a necklace featuring a one-carat pink diamond, is to be a...