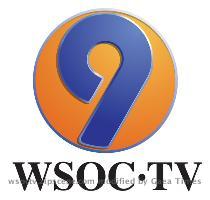 CHARLOTTE (GaeaTimes.com)- Police on Tuesday arrested a woman from the Charlotte ABC affiliate WSOC-TV after she had appeared on the site and panicked the employees with her life threatening act. Reportedly the woman had threatened to end her life. The situation at the TV station was all the more dangerous as the woman was possessing a gun with which she intended to kill herself. Before any thing grave happened the employees summoned the police who through an e-mail alert asked employees of the building to evacuate the place.

According to SWAT police spokesman Bob Fey, the woman was later on identified as Wendy Cosby Naidas. investigations revealed the woman was under going some financial crisis as a result of which she was mentally distressed. WSOC-TV station manager Joe Pomilla said that the lady was approached by the building security shortly before 5 in the evening as she entered the building. Soon after she took a gun out and put it to her head. Joe Pomilla said that they could make it out that that the woman had no grievance against any body over there and she began citing her tale of financial crisis. The station manager assumed that the lady might have thought the TV station to be an appropriate place to account her condition.

From what happened it was not difficult for the WSOC employees that the woman had come there with the hope of receiving some help. However, her act shocked them and they thought it safe to call the police. The evening news broadcast was affected due to this incident. First it was halted for about ten minutes through commercials but later on went complete off air.