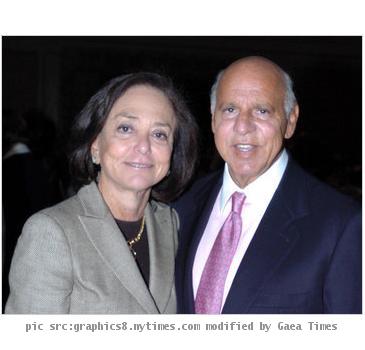 WASHINGTON (GaeaTimes.com)- One of the prominent beneficiary of the Ponzi Scam, Jeffry M. Picower passed away last year. The media outlets and the investigators claimed that he reaped more that $7.2 billion from the Wall Street scam. However, after a year of his death, his widow, Barbara Picower has agreed to pay back the money that her husband received from the scam.

Barbara Picower said that she would return every penny that her husband received from his investment. The widow of Jeffry M. Picower said in her statement that her husband’s estate faced a lawsuit liability of $2.4 billion. The media outlets are of the opinion that this settlement will recover one third of the cash that was swindled by Bernard Madoff and this can be called the largest penalty recovered in the U.S. history. Barbara Picower said in her statement that she believes that this monetary settlement honors what her husband would have wanted. U.S. Attorney Preet Bharara said that the recovered money would be distributed to the victims as early as possible.

Irving Picard, who was appointed by court to recover money could only recover $1.55billion. Preet Bharara said that the agreement revolves round the complain they filed to recover the benefits that Jeffry M. Picower received over a course of 35 years. In the court documents, it was stated that Jeffry M. Picower knew that his returns were “‘implausibly high”. However, Barbara Picower said that she wanted to return the money through a peaceful and fair settlement. On the other hand, the media outlets report that Jeffry M. Picower’s estate is well known for donating money to libraries, universities and non-profitable organizations.

Time for Money Mayweather to shut up and fightGive Floyd Mayweather Jr. credit for one thing. Like a...

Thomas and Knicks reunion doesn't end wellDavid Stern's long reign as commissioner of the NBA has be...

Spielman is the fan favorite at hall ceremony SOUTH BEND, Ind. — Tim Brown struck the He...
Copyright© 2010 The Gaea Times