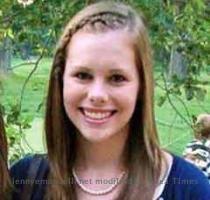 SOUTH BEND (GaeaTimes.com)- Elizabeth “Lizzy” Seeberg would not have been happy with the verdict had she still been alive today. St. Joseph County prosecutor Michael Dvorak stated on Thursday that he is not going to pursue any criminal charges against the University of Notre Dame football player, who allegedly assaulted the 19-year-old girl on August 31. However, this has not only come up as a breathe of relief to the player, but also to his team.

Irish coach Brian Kelly, who trains the unnamed footballer said that the decision of the prosecutor has brought some clarity to the situation, that went almost out of control in the last few days. He said that his main job as the head coach, is to tell the players to eliminate confusion from their lives. He is happy that the recent statement of the prosecutor has brought an end to that confusion. He tells his player that the main thing in life is integrity and to come up clean, because that is what keep people going in life. A few days before Elizabeth “Lizzy” Seeberg committed suicide, the teenager got a text message from one of the team mates, that asked her not to “Mess With” the football program of the university. Some people did not consider the message to be important enough in the assault case, and the coach is one of them. He clearly stated that he has no clue about the text message. Although he is also part of the football program, he had no knowledge about all the meticulous details regarding this case, and he honestly never gave much thought to it.

However, the coach has expressed sorrow for Elizabeth “Lizzy” Seeberg who lost her life in the process. Yet at the same time, he is committed to the policies of his university and cannot defy that. When Elizabeth “Lizzy” Seeberg lodged a complain against the player on September 1, the university did not pay much heed to her and reportedly refused to cooperate with her.

Lizzie Cundy, at The Samsung Pink Ribbon Celebration which raises funds and awareness of brea...

NEW YORK - Actress and singer Hilary Duff has a new role these days - that of a romance novelist. Du...

NEW YORK - Actress and singer Hilary Duff has a new role these days - that of a romance novelist. Du...

In South Africa, it's never too old to learn

JOHANNESBURG - As children, they never had the chance to get an education. But for many elderly peop...

'Community' for Duff and Chuck for Summer

LONDON - The changing fashion trend is seeing a number of new styles with new names coming up, wh...

Indian cyclists back on CWG track after 32 years

(Attn Editors: This is the 10th preview discussing India's chances in various disciplines at the Oct...

Teens flock to camps based on TV series 'Glee,' say show has made choirs cool for school year