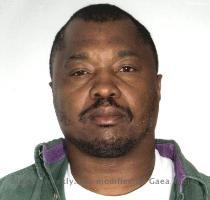 According to sources, police have been able to partially identify five of the women whose photographs were found in the lot. Police, reportedly, has seized 180 photographs from the house of “Grim Sleeper“. After having found them, LAPD officials issued out a statement saying that they were not even sure if all of these women are dead or still alive. The photographs have led to suspicions in their minds that these must have been the victims of Lonnie David Franklin Jr. However, it is being seen that gradually the doubts are turning into confirmation after police have started receiving responses from various people. While many claim that they know the women in the photos, others have revealed that they themselves are in the photos while adding that they were the victims of the notorious criminal.

The “Grim Sleeper” suspect allegedly went on to commit a series of murder killings from 1985-2007. He was arrested in June after being charged of killing atleast ten women. While some of them are smiling, many others are seen to be lying unconscious. Smiling faces are a probable hint to the fact that they were well trapped by the “Grim Sleeper” without any kind of suspicion. Photographs of scantily clad women have also been found which indicate that the criminal was also involved in assaulting them sexually.