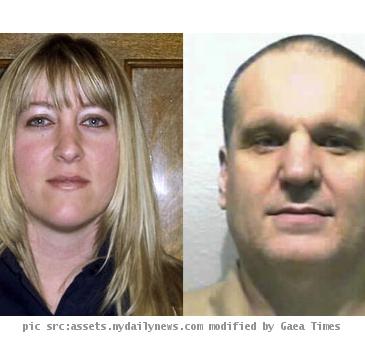 SEATTLE (GaeaTimes.com)- A state corrections officer of Washington, Jayme Biendl was found dead in the prison chapel last Saturday. The law enforcement officials said that the woman was strangled with a microphone cord. The authorities are of the opinion that her inmate Byron Scherf is the prime suspect of the murder.

Department of Corrections spokesman Chad Lewis said that the state corrections officer Jayme Biendl was found dead at about 30 miles northeast of Seattle at Monroe Correctional Complex. Her body was discovered by the workers at late night when they noticed that her radio and keys are missing. The authorities also said that Jayme Biendl’s inmate was missing in the routine count and the other guards found him in the lobby of the chapel. Byron Scherf said that he was planning to escape from the prison but later changed his mind. Chad Lewis said that the authorities are now interrogating Byron Scherf. The police spokesperson of Monroe, Debbie Willis said that the inmate is the primary suspect of the gruesome murder.

Jayme Biendl joined Monroe Correctional Department back in 2002. The union officials said that Jayme Biendl previously complained that she is the only guard working in the chapel at night. The officials said that prison guard was also worried about her safety in the chapel. The Department of Corrections deputy director of prisons, Dan Pacholke expressed his condolence and said that there is lot of “grief and sorrow” in everyone’s heart. The law enforcement officials are presently investigating the whole case. Byron Scherf is presently held in solitary confinement and the whole facility was in lock down on Sunday.

Some scientists defend tsunami warningsHONOLULU â The warning was ominous, its predictions dire...

Scientists defend warning after tsunami noneventHONOLULU â The warning was ominous, its predict...

Pacific Tsunami takes aim at Japan after sparing the US, much of Latin America

Tsunami spares US, takes aim at JapanHONOLULU â With a rapt world watching the drama unfold on ...

Tsunami sets off panic but does little damageHONOLULU â With a rapt world watching the drama un...

Clay Aiken takes NC stage for gay rightsRALEIGH, N.C. — More than a year after disclosing he is ga...
Copyright© 2011 The Gaea Times