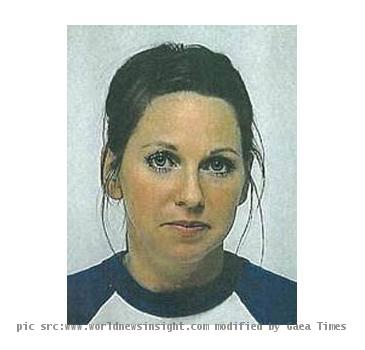 PLAINFIELD (GaeaTimes.com)- Ashley Blumenshine, 27, Plainfield North High School teacher has been accused of having sex with a 16 year old student. She was arrested and charged with criminal sexual abuse after she was found having sex with in a car in the parking lot on Tuesday. The law enforcement officials reported that she was later released from the custody when her parents paid her $75,000 bail.

A source close to Plainfield police reported that the law enforcement officials noticed two vehicles in the parking lot. As they approached the scene they found out that one car was unoccupied and in the other Ashley Blumenshine was in the driver’s seat. The 16 year old boy was in the back. After interrogation, the duo admitted that they had consensual sexual intercourse before the police arrived. Police found out a condom as an evidence. Plainfield Police Chief William Doster told a reputed media source that the boy was the student of Ashley Blumenshine but they came to know each other at the school.

On the other hand, William Doster said that the judge ordered Ashley Blumenshine not to have contact with any student at Plainfield North High School or any other minors she does not know. Tom Hernandez, the spokesperson of the school district refused to divulge much details but he issued a statement stating that the school administration and authority would necessary step once she is released from the custody. He stated the school authority has arranged for a substitute teacher. The principal of the school, Ray Epperson has sent an additional voice messages to the parents of all the students, promising them that additional support will be provided to them shortly.

Cheryl Cole 'to quit X Factor to focus on music'

LONDON - Rumours are abuzz that Cheryl Cole is on the verge of quitting 'The X Factor' to concentra...

LONDON - A British diplomat has sparked fury after claiming that Kabul is a safer place for children...

LONAVALA - She wore a sari, bindi, jhumkas and bangles, danced to Bollywood numbers and even grasped...

Kesha says no to 'Nazi' dancewear

MELBOURNE - 'Tik Tok' girl Kesha said no to the militaristic emblems on the outfits of her X ...

WASHINGTON - A new documentary named "Client Nine: The Rise and Fall of Eliot Spitzer" by Oscar-wi...

After 15 years, I binged on junk food for 'Guzaarish': Hrithik Roshan (Interview)

MUMBAI - Hrithik Roshan, known as a hot bod of Indian showbiz for whom staying away from junk food i...

Backing for India's UNSC seat 'speaks volumes of how US thinks about India': Experts

LONDON - An English electric appliance bought six decade ago by a family is now believed to be the o...
Copyright© 2011 The Gaea Times