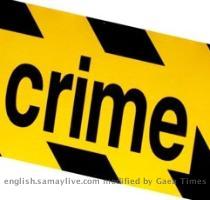 AMRAVATI, INDIA (GaeaTimes.com)- Yet another technology hazard struck the small town of Amravati of the Vidharva region. The police discovered more than 15 raunchy clippings of several girls, who belong to the small towns of Amravati, Nagpur and Wardha region of Maharashtra. These MMS were recovered from the personal computer of the main suspect, namely, Ankit Gupta, who was arrested for selling these MMS clipping of the girls to many people across the region on December 29. The other suspect in Lokesh Rathod.

According to the police, Lokesh Rathod said that he was having a relationship with one of the girls, and with the help if Ankit Gupta, he captured the MMS clippings in Amravati. When the police interrogated the Ankit Gupta and seized his computer, they found that the boy had deleted most of these MMS clippings from his hard disk. Therefore the police had to send his PC to a forensic laboratory, where more than 132 obscene videos were discovered, some of which were downloaded from the net, while fifteen of them belonged to the local girls, all hailing from the Vidharva region. The police also found that Ankit Gupta had sold some of these videos to local student, at the cost of Rs.50 per piece.

The police also interrogated some of the girls who were part of the MMS clippings, but they refused to cooperate with the police. The authorities came to the conclusion that most of these Amravati MMS were shot with the approval of the girls, however, they were published without their consent. These girls reportedly featured themselves in these clippings because of monetary gains. Ankit Gupta, who owns a mobile shop in Amravati, is in custody right now.

CBI to get six new special courts in Maharashtra

MUMBAI - The Central Bureau of Investigation (CBI) will soon get six dedicated special courts across...

MUMBAI - The Khadi and Village Industries Commission (KVIC) is finalising a project to introduce sol...

MUMBAI - The rain gods have smiled over Maharashtra this year with the state notching excess rainfal...

NAGPUR - A sloth bear strayed from the forest and clawed four people to death, including a forest de...

MUMBAI - Nearly 100 flights were cancelled, most schools and offices remained shut while bus and rai...

Shutdown begins in Maharashtra amid violence

MUMBAI - The shutdown by opposition parties to protest price hike began in Maharashtra Monday amid s...

LONDON - Britain expects India to shortly ask yet again for the return of its artefacts allegedly lo...
Copyright© 2011 The Gaea Times