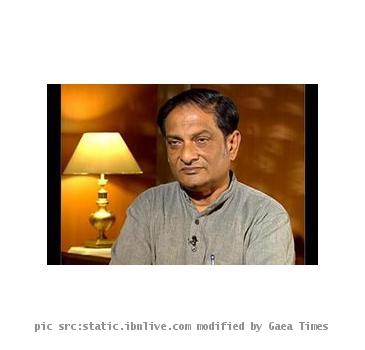 RAIPUR, INDIA (GaeaTimes.com)- An Additional District and Sessions Court in Raipur, the capital of Chattishgarh today gave life sentence to Dr Binayak Sen along with two others for trying to provide aid to naxalites in establishing a network. The others are Piyush Guha a Calcutta based businessman and Narayan Sanyal a Naxal ideologue. After the verdict was delivered Br Binayak Sen was taken into custody. The judge held them guilty of waging a battle against the state and treason. The Doctor was held guilty of meeting Narayan Sanyal at prison. As well as helping the naxals. He was held guilty as per the Unlawful Activities (Prevention) Act 1967 and Chhattisgarh Special Public Security Act 2005. The trio have also been slapped the charges under 120 B IPC and 124 IPC. They will also have to pay monetary fine.

Dr Binayak Sen is a qualified paediatrician and had worked amongst tribals in Chhattisgarh. He also became known as a human rights activist later. In 2008, when he was in jail the Jonathan Mann award was given to him. A lot of human rights activists including Nobel laureates are actively demanding his release from the government. Dr Binayak Sen has maintained from the beginning that he is innocent.

The reactions on his arrest have started pouring in. Binayak Sen’s wife has reacted strongly to the verdict saying ” I am sad because my daughters and I and my husband will have to fight another long legal battle and I don’t how long will this be.” She also said that the Indian democracy has become a mockery. The wife of the arrested activist also slammed the government for allowing criminals and gangsters roam scot free.

Arundhati Roy does not deserve to be arrested (Comment)

Nothing will please the Booker prize winning author Arundhati Roy more than being charged with sedit...

NEW DELHI - Several young MPs are eyeing the high-profile job of minister of state for external ...

BHUBANESWAR - The Orissa High Court Tuesday nailed a lie of the state police who had held two tribal...

NEW DELHI - The government should initiate an unconditional dialogue with leftist rebels and put an ...
Copyright© 2010 The Gaea Times