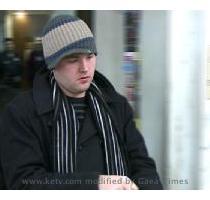 OMAHA (GaeaTimes.com)- The 29 year old Nicholas J. McKeone is being tried for charges of sexual assault against him. The court on Friday ordered that the Douglas County school teacher stands trail for the charges that were levied against him by his own students. Two boys have complained that Nicholas J. McKeone had harassed them sexually on several occasions.

Although Nicholas J. McKeone’s defense lawyer J. William Gallup said that the allegations does not in any way prove that his client had done any sexual assault on the boys. The attorney defended his client said that Nicholas J. McKeone’s actions only revealed his poor sense of judgment. A judge at the Douglas County District Court has however, issued out that the initial hearing was enough to decide that the school teacher stands out for a trail.

LOS ANGELES (GaeaTimes.com) -- Even after fighting with the deadly cancer for over one year, 66 ...

WASHINGTON - In a bid to ease tensions with Afghan President Hamid Karzai, the White House has promi...

LONDON - Sex robots developed in the US could be heading to Britain following a demand from robot fe...

LONDON - The world's first fully functioning sex robots could be heading to the UK. Inventors in the...

Diandra Luker could'nt pull up with her trick this time as the court didn't accept her case to b...

LONDON - Michael Douglas's ex-wife's claims for half the amount the star is earning from 'Wall ...

LONDON - Veteran actor Michael Douglas has been put on a weight gain diet after being left weakened ...
Copyright© 2011 The Gaea Times