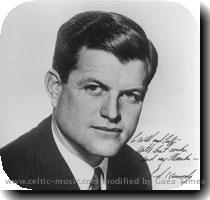 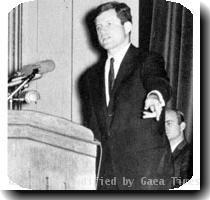 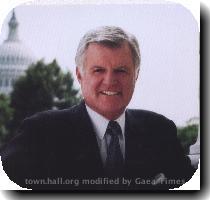 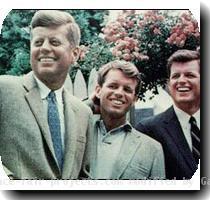 BOSTON — For much of her campaign, Martha Coakley steered clear of the Kennedy mystique, methodically crafting a low-key campaign to fill the late Edward Kennedy’s U.S. Senate seat the way the seasoned prosecutor would build a case in court.

But with the wheels threatening to come off the campaign and a double-digit lead eroding to a dead heat in the polls, Coakley, the state’s attorney general, is banking that a deep-seated loyalty to Kennedy among Massachusetts Democrats will be enough to propel her to victory.

Coakley has publicly accepted the endorsement of Kennedy’s widow, Vicki Kennedy, and nephew, the former U.S. Rep. Joseph Kennedy. Vicki Kennedy has also made a fundraising appeal and cut a television ad on Coakley’s behalf.

Some Democrats are worried Coakley has been too methodical in the six-week sprint to Tuesday’s special election.

Once thought to have a lock on the seat in a state that last elected a Republican to the Senate in 1972, Coakley is suddenly fending off a strong challenge from GOP state Sen. Scott Brown in what’s turning out to be her hardest-fought campaign.

Coakley, hoping to become the first woman elected to the U.S. Senate in Massachusetts, said she always expected a tough election.

“Scott’s come after me. I’m going to respond and voters will choose,” Coakley said after a recent debate. “I’m not going to let anyone distort my record.”

Polls showing the race closer than expected have helped energize national Republican activists, and money has poured into both camps. In a recent 24-hour Internet fundraising drive, Brown collected about $1.3 million.

Coakley also has benefited from a strong fundraising effort and the endorsement of Vicki Kennedy. But critics have faulted her for mounting a low-key effort and largely disappearing from the campaign over the holidays.

It’s a drive Coakley said she learned early on, growing up one of five children in western Massachusetts and pursuing a legal career at a time when women still faced significant hurdles.

“I come from a big family. My mother was youngest of 10,” Coakley said. “My dad owned his own insurance agency and actually didn’t have much use for politics, but I think he’d be proud of the work I’ve done.”

After working for the U.S. Justice Department in its Boston Organized Crime Strike Force, she returned to the DA’s office and became head of its child abuse prosecution unit in 1991.

In 1998, she was elected district attorney in Middlesex County. She made her first statewide run in 2006 and became the first woman elected attorney general.

The race to fill Kennedy’s seat is the culmination of a decade’s long quest for Coakley, 56, who grabbed the public’s attention with the high-profile prosecution of Louise Woodward, a British nanny charged with shaking to death a Newton couple’s infant son in 1997.

“I felt like we couldn’t have been in better hands,” she said of Coakley, then head of the Middlesex District Attorney’s child abuse unit.

Perhaps Coakley’s biggest case as attorney general was her handling of a fatal 2006 tunnel ceiling collapse in the newly opened Big Dig.

The incident gave a focal point to public outrage over the massive project’s delays and soaring costs, but instead of pursuing jail terms, Coakley reached a settlement with the project’s top contractor.

In the closing days of the campaign, Coakley has turned her prosecutorial eye on her GOP opponent, grilling him to the point where Brown turned to her at a recent debate and said, “I’m not a defendant. I’m not in your courtroom.”

Coakley also faulted Brown for filing an amendment in 2005 that would have allowed doctors and nurses with religious beliefs to deny emergency contraception to rape victims.

“He needs to stand on his position,” she said. “If that’s his position, that’s great, then voters can decide. But don’t pretend that’s not his record.”

Despite a reputation as a serious-minded prosecutor, Coakley insists she has a funny bone and enjoys her life outside of work with her husband Thomas F. O’Connor Jr. and her two Labrador retrievers.

“I love to cook. I love to downhill ski,” she said. “I really feel very blessed that I get to work every day on behalf of the public and have a great personal life with a husband who loves me.”