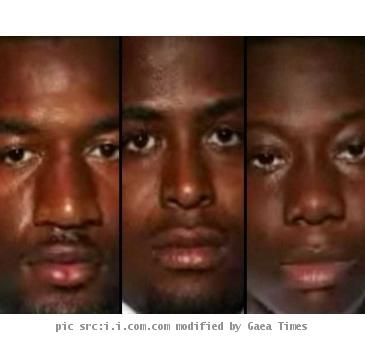 HATTIESBURG (GaeaTimes.com)- The popular nightclub of Remington’s Hunt Club in the city of Hattiesburg was witness to a violent incident over the weekend when an altercation broke out over there that left as many as three injured. On the early hours of Sunday morning, three members of the University of Southern Mississippi’s football team were spending time at the nightclub when things suddenly took a drastic turn following a fight in the club which later went on at the parking lot. The players who were injured in the shooting incident included linebackers 21-year-old Tim Green, Martez Smith, 22 as well as 23-year-old defensive linesman Deddrick Jones.

Following the incident, the three players who were shot at Remington’s Hunt Club at Hattiesburg were rushed to the Forrest General Hospital where they are undergoing treatment. University of Southern Mississippi coach Larry Fedora visited the players on Monday and both Martez Smith and Deddrick Jones supposedly spoke to him. However, linebacker Tim Green could not talk to the team’s coach owing to his injuries and so he wrote his message to him. Despite the fact that Larry Fedora declined to shed light into the nature of injuries sustained by the players, he added that all the three players were in good spirits and had have apologized for ‘letting their team down.’

Meanwhile, Hattiesburg police authorities have confirmed that a thorough investigation has been launched into the case to the ascertain the actual cause which led to the altercation at the Remington’s Hunt Club. However, no arrest have been made in the case as yet, the cops further added. The injured players are currently in stable condition.