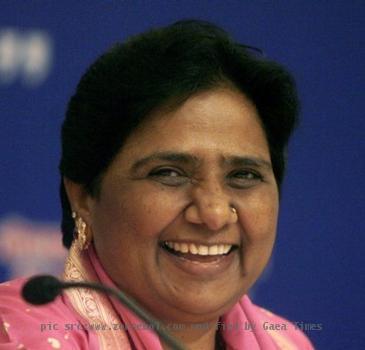 In her statement, the Chief Minister of Uttar Pradesh, Mayawati said that keeping the series of incidents and investigations in mind, it seems that the 17-year-old girl was falsely framed by the MLA Purushottam Dwivedi in the theft case. The Chief Minister also added that the the whole case will be looked after thoroughly and she promised that justice will be served to the victim by taking “punitive” action against the guilty. Mayawati said that in the Bandra rape case, if the MLA is found guilty of raping the 17-year-old girl, proper action will be taken against him.

The law enforcement officials, after investigating for about a month, found out that the theft charges against the girl was completely false as they did not find any evidence to prove it. Mayawati said that that the MLA gave theft allegations to the girl to hide his own nefarious crime. The victim of the Bandra case said that she was raped by BSP MLA Purushottam Naresh Dwivedi and three of his associates on December 12 but to hide his own act, the MLA had her jailed on charges of stealing a mobile and Rs 5,000 from his house. CBI is presently investigating the matter.

PATNA - Ignoring a boycott call by Maoists, voters queued up outside polling booths for the sixth an...

Voting under way for final phase of Bihar polls

PATNA - The sixth and final phase of the Bihar assembly elections was under way Saturday in 26 const...

Both Congress, BJP angled for BSP's support in 2004: Mayawati

LUCKNOW - A Kanpur-based Income Tax commissioner is on the run after the court of chief judicial mag...

LUCKNOW - The Uttar Pradesh government Tuesday announced the revival of an abandoned plan to build a...