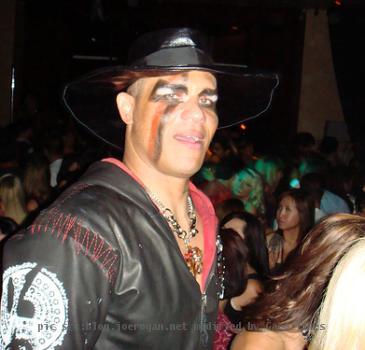 SANTA ANA (GaeaTimes.com)- Jury selection continued on Monday and on Tuesday the trial of the man charged in the deadly crash of Charles Lewis Jr.’ Ferrari in Newport Beach. Jeffrey David Kirby, is accused of crashing his car into the Ferrari driven by Tap Out clothing line co-founder Charles “Mask” Lewis Jr. back in March 2009. The law enforcement officials said that Jefferey David Kirby’s car crash claimed the life of renowned mix-martial name who sponsored matches and at the same time endorsed clothing line.

Jeffrey David Kirby is charged with gross vehicular manslaughter under the influence of alcohol. Along with Charles Lewis, his girlfriend was also present in the car but she was ejected from the car and was seriously injured owing to the accident. On Tuesday, Orange County Superior Court’s Deputy District Attorney Jason Baez at last came to the conclusion that Charles Lewis was driving his car at a very high speed which claimed his life. Charles Lewis’ family said that it has been one and half years and they want justice.

WASHINGTON - Ever wondered how sunlight could be stored and used when needed? Well, it may be possib...

NEW YORK - The world's most expensive website 'Sex.com' has been sold for a whopping 13 million doll...

LONDON - An 80 gigapixel image of London shows the city in unprecedented detail and glory, qualifyin...

MELBOURNE - Facebook has just five years before its audience begins to splinter, according to digita...

MELBOURNE - Australia is facing years of decline before universities recover from a significant slum...

LONDON - Unlike dogs, who messily slurp water using their tongues as crude ladles, cats have evolved...
Copyright© 2010 The Gaea Times