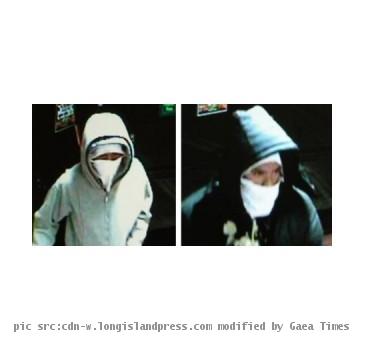 CONCORD (GaeaTimes.com)- It is the second time that the same restaurant got subjected to the second robbery case within a span of a month. Round Table Pizza restaurant, located at the 2900 block of Treat Boulevard in Concord went under a state of turmoil when two armed criminals invaded the restaurant at about 8:56 p.m. last night and looted the place.

The two criminals who conducted the robbery where reportedly two black men while one of whom was armed with a shotgun and other with a pistol. These two masked men entered the Round Table Pizza and ordered the employees to sit down so that they are not offered with any resistance. They went straight to the register, took all the cash and ran away. An hour later, at about 9:37 p.m, Concord witnessed another robbery in the same area. This was done at the Subway sandwich shop in the 4100 block of Concord Boulevard. Here too, the two masked men each armed with a shotgun and a pistol, jumped over the register and robbed all the money. In both the cases, one of the robbers was wearing a black hooded jacket and the other was wearing a gray hooded sweat shirt. The employees of Subway, however, could not understand the ethnicity of the robbers.

Lt. Andrew Gartner of Concord police suspects that the two robberies were done by the same people as in both cases, the same strategy and arms were used. They reportedly wore the same outfit in both the instances. However, nothing has been proved yet. However, the good part is the robbers did not physically injure any employees of the two shops they looted. There were no customers at the time of robbery in Round Table Pizza and Subway.

LUCKNOW - The National Democratic Alliance (NDA) would return to power in Bihar, and the Congress' s...

KOCHI - Sixty teams from across the city took part in the multi-city inter school quiz organised by ...

NEW DELHI - The eight successive days of adjournment of parliament without any major business trans...

SHILLONG - A top commander of the Meghalaya rebel outfit Garo National Liberation Army (GNLA) has be...
Copyright© 2010 The Gaea Times