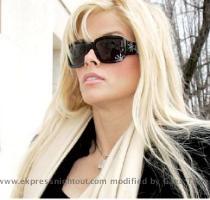 LOS ANGELES, (GaeaTimes.com)- The death of Late “Playboy” model, Anna Nicole Smith was not a natural one. However, ever since her death in February 8, 2007, a cloud of mystery cluttered over the incident. Yesterday, the Los Angeles Jury came to the conclusion that the late model’s boyfriend, Howard K. Stern, along with two other doctors designed her unfortunate death conspiracy,by giving her extra doses of drugs.

Howard K. Stern, Khristine Eroshevich (Anna Nicole Smith’s psychiatrist) and Dr. Sandeep Kapoor were charged for giving the model extra doses of painkillers, antidepressants and other prescription drugs. It was found that the model was given high doses of chloral hydrate syrup, which is a very strong sleeping aid. The forensic reports also found 600 pills of heavy drugs, that included 450 muscle relaxants. All these created a dis-balance in the toxic combination of drugs in her body, leading to her death. The Jury took several others to find out, whether the extra doses were given to relieve Anna Nicole Smith from pain, or it was a deliberate conspiracy. However, when it was proved that Howard K. Stern used fake name and fraudulent means to obtain the prescription, things were proved.

The cause behind the conspiracy was obviously Howard K. Stern’s eye on her property. Anna Nicole Smith was married to oil tycoon Howard Marshall II, in 1994. After his death, the late “Playboy” model had to go through an elongated legal process to own his $1.6 billion fortune. When she died in 2007, the legal process was still on, and Howard K. Stern, the executer of her estate, took its charge. The case of her death, which has been on since 2007, will soon come to an end on January 7, when the three convicts will be subjected to a final hearing. It is most likely to be an imprisonment for a certain period of time. However, they can even move to the higher courts for a new trial in their defense.

This dress up styled game is all about the Anime style. Putting together the right items will make o...

LONDON - Rumours that Anna Kournikova has secretly married Enrique Iglesias were fuelled, after the ...

WASHINGTON - 'True Blood' star Anna Paquin has confessed that she shops online even in the middle...

KIEV - Julia Shykova, a young Ukrainian woman who has already been to Mumbai as a model, has got a c...

Raja should be arrested, say Jayalalithaa