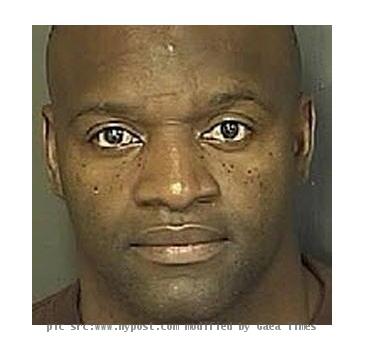 CHARLESTON (GaeaTimes.com)- Former National Football League player David Meggett was sentenced to 30 years in prison on Wednesday by a court in South Carolina. The sentencing was leveled against the former New York Giants player after he was convicted of charges of criminal sexual conduct as well as burglary. Authorities have revealed that the case in which the former NFL star was convicted involves his encounter with a college student early last year at the girl’s North Charleston home.

While talking about the case, Beattie Butler who is associated with the Charleston County Public Defender’s Office said that the former New England Patriots player did not stand in his own defence at the trial. At the same time, the attorney also defended that the case which ended up in David Meggett’s conviction involved consensual sex which was followed by a disagreement between the duo. It has been reiterated by the former NFL star’s lawyer that the conviction that the ex-New York Giants player faces would be appealed in the near future.

Before biding adieu to his NFL career in the year 1998, David Meggett is known to have been associated with a number of teams which includes New York Giants, New England Patriots as well as New York Jets. However, since his retirement, the former NFL player has been hitting headlines for a series of sex-related incidents. In 1998, David Meggett was taken into custody in Toronto after he allegedly assaulted an escort worker, however, the trial that followed in the case ended up in hung jury in April, 2000. Few years later, he hogged the limelight for sexually assaulting his former girlfriend for which he was given two years probation.

DUBAI - The International Cricket Council (ICC) has approved the reinstatement of the Ferozshah Kot...

A quarter of overweight women think they're normal

LONDON - A quarter of obese women don't think they have a weight problem at all, a study shows. ...

Meet the Russian woman who paints with her 40E breasts!

LONDON - Amateur artist Victoria Romanova has come up with a novel way to paint - using her 40E brea...

LONDON - Tens of thousands of foreign students, including those hailing from India, may be barred fr...

NEW DELHI - Britain's Defence Secretary Liam Fox has said that the perpetrators of the 2008 Mumbai t...
Copyright© 2010 The Gaea Times