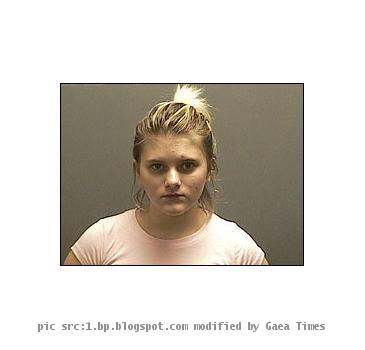 DALLAS (GaeaTimes.com)- In what seems like a scene straight out of a horror movie, Terry Caffey spoke about the horrifying killings of his family members in the latest episode of ‘Final Witness’ on ABC. Being shot 5 times, his survival was a miracle and the only family member who was alive after the brutal onslaught in 2008 was his daughter Erin Caffey. In the latest episode, Terry Caffey, the father and husband who lost his two sons wife in a brutal attack, spoke about his emotions after the incident.

Terry Caffey and his family were the victims of the horrific crime in East Texas in 2008 in which his wife and two sons were murdered and his house set on fire. In spite of being shot 5 times, he survived the attack and the only hope for him was his 16 year old daughter Erin Caffey. Very soon the little hope turned into a bigger nightmare as it was revealed that Erin Caffey was behind the murder of her own family. This also explained why she was completely unhurt during the attack. Reports suggest that Erin Caffey and her boyfriend, Charles Wilkinson had planned the attack on the girl’s family after they had insisted that they break up.

On ‘Final Witness’ Terry Caffey explained that he was initially angry at his daughter Erin Caffey and even God for talking away his family. He said that he harbored suicidal thoughts for days after the incident. Terry Caffey has remarried after the excruciating loss and has started an organization that counsels young minds against wrong choices in life. He also maintains contact with his daughter who will not be eligible for parole till she is 59.

LONDON - Eva Longoria's husband has been bombarding a British model with racy texts and photos of hi...

Tony Parker files his own divorce papers in Texas

Inside the marriage of Tony Parker's sexting gal pal

WASHINGTON - The marriage of Erin Barry, who allegedly exchanged hundreds of texts with Eva Long...

Tony Parker 'only had sexting relationship with Erin Barry'

Erin Barry Behind The Eva-Tony Split?

LOS ANGELES (GaeaTimes.com)- It looks like Tony Parker is in one hot soup as the latest report...

LOS ANGELES (GaeaTimes.com)- The media was abuzz yesterday with the news that "Desperate Housewi...

Traveller claims she was sexually assaulted during US airport pat down

MELBOURNE - A traveller in the US has revealed how she was left shocked and humiliated by airport...
Copyright© 2010 The Gaea Times