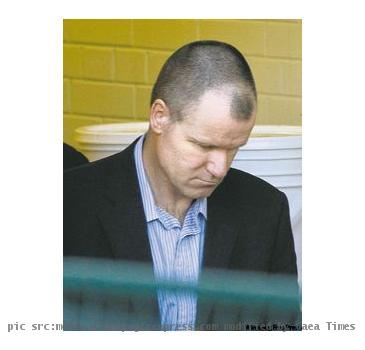 OTTAWA, CANADA (GaeaTimes.com)- An Air force pilot and colonel who once was given the responsibility of flying none other than Queen Elizabeth in Canada has been found guilty of rape, sexual assaults and murders. The development has left the army of Canada red faced and the former pilot Russell Williams has pleaded guilty in the crimes. The cops have found that the disgraced colonel has killed two women and also sexually molested two others. He reportedly had a fetish for women’s lingerie and broke in a number of homes for that. The disgraced colonel was arrested a few months back this year near one of his victim’s houses. On Monday he confessed his sordid acts of crime in a courtroom in Ontario which spared the families of his victims the trauma and pain of testimony.

Russell Williams reportedly video recorded the victims he assaulted and raped and also photographed them. The revelations are shocking to say the least and the incidents leave no doubt that he degraded into the level of a merciless sexual maniac. He managed to kept his sordid acts of molestation a secret for a long time and it has left the investigators and the cops stunned. Even his friends and neighbors said after his arrest and the gruesome revelations that they never expected him to descend to such depravity.

Russell Williams was known as a friendly colleague to his co workers ad many of them knew him as a consummate professional. However, he used to be very secretive and never discussed anything about his past or family with his friends and co workers.