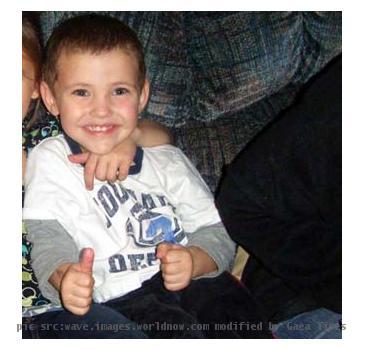 LOUISVILLE (GaeaTimes.com) — The boy was in critical condition when he was hospitalized and finally succumbed to his injuries on Friday. He was admitted at the Kosair Children’s Hospital.

There is nothing that a four-year-old could do to deserve any type of assault, this is horrible

A man named Juliot who happens to be James’ mother Tara’s boyfriend admitted to have committed the crime. Previously, Juliot was accused of beating and choking his ex-girlfriend in October. Juliot remains jailed at Metro Corrections. He was originally charged with criminal abuse, but has now been charged with murder.

NEW DELHI - India has shown a 50 percent drop in the number of new HIV infections in the last 10 yea...

NEW DELHI - India and Sri Lanka are likely to launch a defence dialogue next year in the backdrop of...

BANGALORE - About 60 students from India, Pakistan, Sri Lanka and Nepal will contest in the finals o...
Copyright© 2010 The Gaea Times