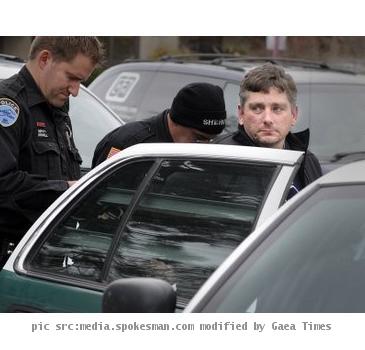 MADRID, SPAIN (GaeaTimes.com) — On Wednesday, a person carrying a rifle slaughtered four people in the town of La Canya, situated in the northeastern Spanish province of Gerona.

According to Catalan regional police, the culprit open fired in a bar at around 7 a.m. where a father and his son was killed while doing construction work. Later, the suspect drove to a bank in the neighboring town of Olot and killed the branch manager and a female employee. Close sources has reported that the culprit was seeking revenge over a financial matter.

Although police had started a search for the culprit after the initial shooting at La Canya, they could arrest him only after the second killings at Olot. Information about the getaway vehicle and a description of the suspect provided by eyewitnesses led to the arrest.

MUMBAI - They were on duty that day when terrorists struck in Mumbai two years ago. The memories of ...

10-yr-olds should be allowed to apply for gun licenses: Police chief

LONDON - Britain's most senior firearms officer has suggested that children aged 10 and above shoul...

LISBON - NATO leaders have decided that the alliance should set up a system to shoot down ballistic ...

GUANGZHOU - Two silvers came India's way in rowing and a bronze in shooting at the Asian Games Thurs...

LONDON - The nightmare scenario of a Mumbai-style massacre in Europe has loomed closer to reality, ...

LONDON - A white girl and five Muslim students have been suspended from the Sidney Stringer Academy ...

GUANGZHOU - India picked up two silvers in rowing and a bronze in shooting on the sixth day of compe...