Police Arrests a Guy for Walking around Nude in St.Lucie 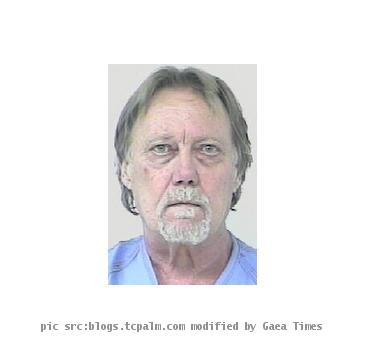 PORT ST.LUCIE (GaeaTimes.com) — No more fun time for Mr Warren “Nude” Stearns. Police has arrested this man on the charges of misdemeanor as one of the neighbor launched a formal complaint against him for walking nude outside his house.

A woman on Northwest Wolverine Road told Port St. Lucie police Aug. 3 she saw her neighbor, later identified as Stearns, “outside while he was completely nude,”. The same thing happened twice that afternoon. She first noticed Stearns in his driveway as she was leaving her home and “could clearly see his genitals.” The next occasion happened hours later when she noticed Stearns walking to his mailbox at the end of his driveway. And this time also she could easily spot “his genitals”. Further, she said she has seen Stearns nude in his pool area, which lacks a fence or landscaping for privacy.

When police interrogated Stearns, he completely denied the matter. But he has agreed that he’s been experiencing financial problems and has been depressed. He started drinking and felt as if “nothing worse could happen.”

Police are further investigating this incident.

MUMBAI - With a view to bringing police services virtually to the doorstep of citizens, a Mumbai leg...

Expelled La Martiniere student yet to be re-admitted

KOLKATA - A Class 4 student expelled from the La Martiniere for Boys school for not complying with h...

MUMBAI - The Indian Navy Tuesday intercepted a foreign merchant ship off the coast of Diu by firing ...

SHILLONG - A top commander of the Meghalaya rebel outfit Garo National Liberation Army (GNLA) has be...
Copyright© 2010 The Gaea Times