Katja Puschnik is the Girl Who Throws Puppies in River 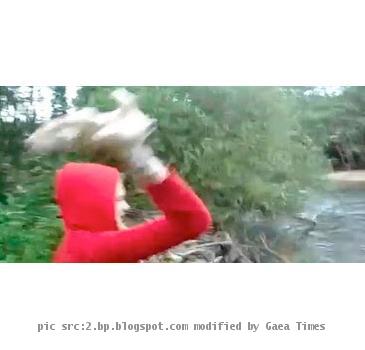 NEW YORK (GaeaTimes.com) — Web is flooded with the news ‘Girls Throwing puppies into river’ since yesterday. In Twitter people were constantly tweeting on the cruel activity done by a teen girl. Although the identity of the girl is still unknown, a video of her unkind act has been surfaced into the net today. The girl is addressed as Katja Puschnik by some people. However, her real name is still not confirmed.

The video shown a girl, wearing a red sweatshirt, throwing a litter of puppies into a river one after another. No one knows what prompts her do this cruelty on the tiny creatures! 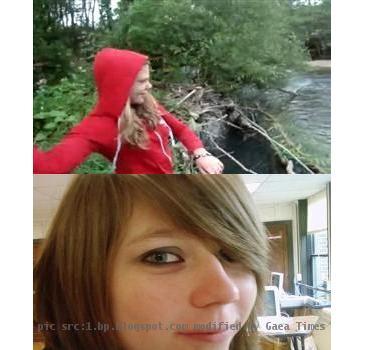 Reportedly, the girl stands 5ft 6in-5ft 8in tall. She has blond eye color. Her sweater has something written on it that is hardly readable. The girl is assumed to be a Croatian as she speaks in Croatian in the video. The cameraman is yet to be traced.

This incident of animal malice has already created storm in Facebook. A community has already been formed that called “Find the Girl Who Threw Puppies in River”, having 2,300 followers.

What do you think? Should the girl be punished for indulging in such an inhuman activity?

Germans hit streets in joy after victory over Argentina

BERLIN - Germans ran onto the streets in joy and congratulated total strangers after watching their ...

WASHINGTON - A little spit may be more than enough to double the output of the world's fourth lar...

LONDON - It has emerged that British doctors will now have to give fit notes instead of sick notes ...

No speed sweep: Lindsey Vonn settles for bronze behind Fischbacher and Maze in Olympic super-G

No speed sweep: Lindsey Vonn settles for bronze behind Fischbacher and Maze in Olympic super-G

Bomb or no bomb, foreigners will stay in Pune

PUNE - H. Nicolas, the Canadian creative director for a gaming company, had planned to have dinner a...

Star skier Lindsey Vonn: comments about weight didn't weigh on her but served as motivation