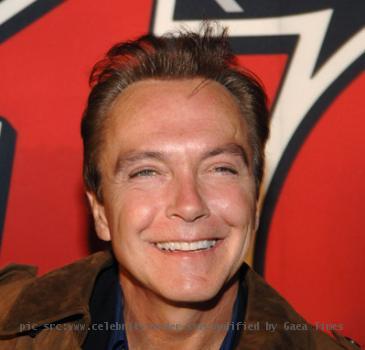 FLORIDA (GaeaTimes.com) — David Cassidy, the famed singer and star of the 1970 TV show “The Partridge Family” has been arrested for drunk driving in the Florida Highway after blowing .14 on the breathalyzer.

The 60-year-old singer was caught on Wednesday evening for driving recklessly round and about the traffic on the road near Fort Pierce, Florida Highway Patrol said.

Inspite of the fact that police found a half-empty bottle of bourbon in his Mercedes, the singer denied driving under the influence of alcohol. He even planned on countering his charges, while describing the result of the breath test incorrect.

However, authorities described Cassidy as “unsteady on his feet.” Police said that the ex teen idol has admitted to drinking a glass of wine at noontime. He also informed the corps of taking a painkiller for his back pain.

Cassidy was taken to jail for DUI and later released on bail.

DUBAI - The International Cricket Council (ICC) has approved the reinstatement of the Ferozshah Kot...

A quarter of overweight women think they're normal

LONDON - A quarter of obese women don't think they have a weight problem at all, a study shows. ...

Meet the Russian woman who paints with her 40E breasts!

LONDON - Amateur artist Victoria Romanova has come up with a novel way to paint - using her 40E brea...

LONDON - Tens of thousands of foreign students, including those hailing from India, may be barred fr...

NEW DELHI - Britain's Defence Secretary Liam Fox has said that the perpetrators of the 2008 Mumbai t...
Copyright© 2010 The Gaea Times