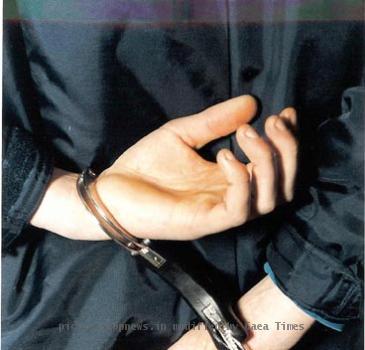 SHROPSHIRE (GaeaTimes.com) — A 50-year-old man was arrested on Tuesday when police discovered a dead body of a woman at an address in Shropshire.

At 1840GMT, police officers were called in to the address in Caradoc View, Hanwood, a village near Shrewsbury, where they found the dead body of a woman in her late 50s. At about 0500GMT, police had tracked down a suspect near Shrewsbury and then transferred him to the nearest police station for further investigation. A pathologist is due to carry out a post-mortem examination within next few days to find out the cause of death. The scene where the dead body was retrieved, has been cordoned off for forensic investigations.

Police have appealed for anyone who saw any suspicious activity in the area on Tuesday to contact them.

Prolonged use of cell phones may trigger skin allergies

WASHINGTON - The next time you chat endlessly on your cell phone, better be careful, as it can lead ...

Desperate families look out for sounds of survival

NEW DELHI - The cries for help are becoming fainter, the mobiles are dying out slowly... But the int...

WASHINGTON - The next time you chat endlessly on your cell phone, better be careful, as it can lead ...

In US labour market, many long-time unemployed lose hope

WASHINGTON - There are people in the US who have given up almost all hope of ever finding a job agai...

A teacher who lost her voice awarded 150,000 pounds

LONDON - A teacher, who lost her voice after regularly shouting in the class in a school in Britain,...

WASHINGTON - Star of 'The Real Housewives of Beverly Hills', Lisa Vanderpump, has said that she will...