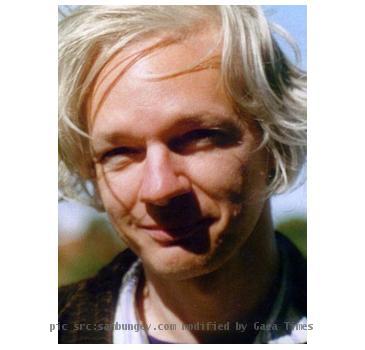 NEW YORK (GaeaTimes.com) — Julian Assange, the WikiLeaks founder is a new name in the Interpol’s wanted list as he is charged with accusations of rape and sexual molestations. He is badly wanted by the Sweden authorities.

His crime surfaced on the month of august when two Swedish women filed a case against him. The founder of the WikiLeaks whistle-blowing organization is now put on a red notice for his sexual misbehavior.

Mr. Assange has strongly denied all the accusations against him. The Swedish court asked Interpol to put Julian Assange on the its most-wanted list after a judge issued an approval for bringing him into custody. A Red Notice was posted for Assange by the Interpol, which is a request generally issued to 188 member countries.

LONDON - Bill Gates has been listed as the most powerful man in the technology world by Forbes. T...

WikiLeaks founder urges US to investigate alleged abuses by its troops

LONDON - Julian Assange, the founder of the whistle blowing website 'WikiLeaks' has urged the U...

LONDON - Controversial leaked information about the Iraq war posted on WikiLeaks website is being mi...

LONDON - The conduct of three British military units in Afghanistan has come under serious question ...

Denmark to probe role in handover of prisoners to Iraq

COPENHAGEN - Denmark will investigate allegations of possible wrongdoing by its forces in connection...

LONDON - The British military has been training interrogators in techniques that include thr...

'US handed over detainees to Iraqi torture squad'

LONDON - Newly-leaked US military documents posted on WikiLeaks have revealed that American troops i...
Copyright© 2010 The Gaea Times